What follows is a section of a statement of the vision developed by the Serb philosopher Dimitrije Mitrinovic, produced by those he had convinced. We believe that it dates from the late 1960s. He lived in England from 1914 to 1953, and developed these ideas -which he summarised in the phrase "the New Atlantis"- in conjunction with a group of people who worked with him. If you are interested in his life and times, a biography of D Mitrinovic by Andrew Rigby is available, which describes his life, his ideas and also the group that worked with him. Visit our books page for more details. 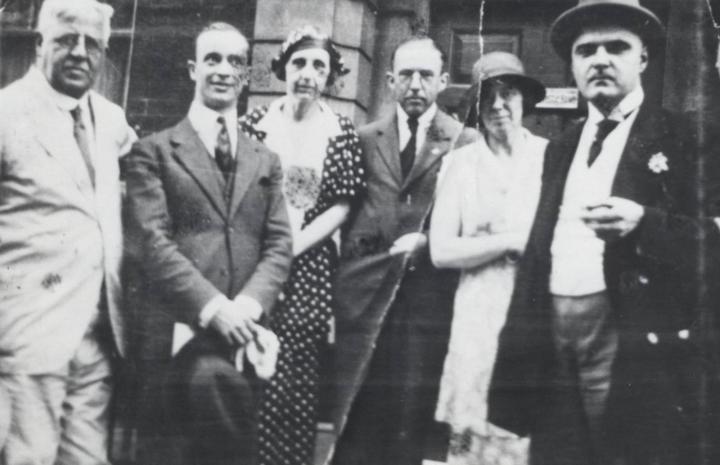 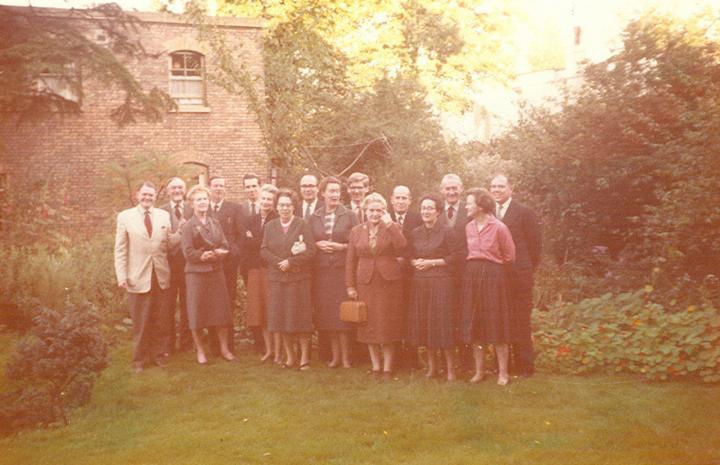 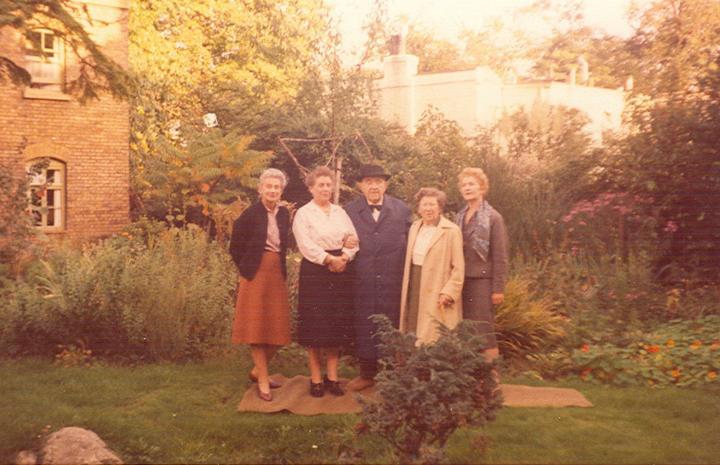 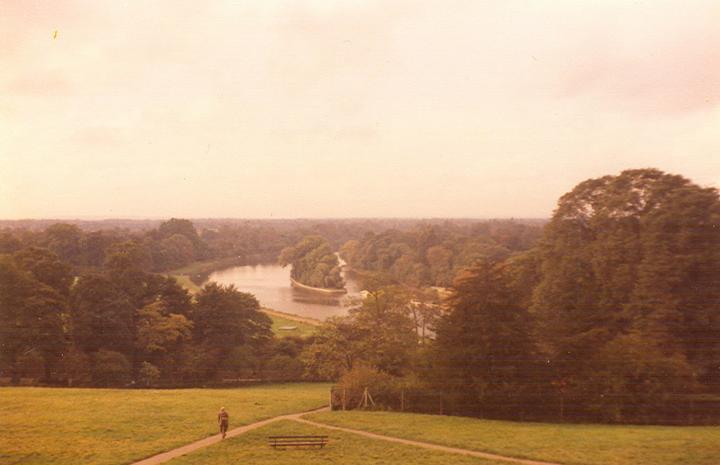 Photographs used on this site are from the collection of the Mitrinovic Foundation, housed at the special collections section of the J B Priestley Library, University of Bradford

The New Atlantis is an initiative and an orientation rather than a society or a system of ideas. The present time is one of those few great crises in human history and evolution that demand a radical change in man’s life and thought. This is the cause of the great bewilderment which has taken hold of us. Everything old seems to have lost its meaning and to be worn out and nothing new and vital seems to be in sight.

Now, indeed, is a time of great promise and opportunity, as it is of great anxiety and danger. A wholly new orientation is necessary, if we are to give meaning and purpose to human life or even to survive at all.

To some, who believe that they already know the answer to our human problem, the present time is indeed anxious and troublesome, but they are convinced that all would come right in the end, if only all mankind would accept the truth to which they have the key.

It is not to these that we speak. It is to those who, like ourselves, do not have a ready-made key to the truth, but nevertheless feel, and even know, that the present is a time of radical, and if we so will it, creative decision.

Radical means radical and new means new. Yet even the most advanced thinkers seem to be looking for new things in old directions-new leaders or a religious revival or some new cult or idea or an extension of scientific achievement. The common feature of all these old ways is to look hopefully for God or Providence or humanity’s own inventiveness to provide yet another answer to human problems, one that has never been given before. Such an answer might hold the stage for a while, but it would in its turn be superseded like all the others.

The wholly new experience for humanity is that we are no longer children, receiving gifts from God or Providence; nor are we merely creatures determined by destiny and mechanical causality and looking hopefully for what will happen next. We are grown up and can responsibly ask ‘Who is the human Person?’ and ‘What is the meaning and purpose of human life on Earth?’.

All the original creative work that is necessary to enable us to give an answer to these questions has already been done by the thinkers, artists and religious teachers of all ages. Each has contributed an element to the whole, of differing significance; but the final answer can be given by no one person or philosophy or religion or nation or age, but only by the whole of humanity together in their diversity.

Nor will the true answer be given once for all time as a statement of principles to be understood by the intellect. It must be undertaken self-consciously and responsibly by humanity as a process of development in life and action  as well as in thought and knowledge.This could not have been undertaken up to now because all the elements necessary to the wholeness of humanity were not yet present; and individuals had not yet, with rare exceptions, grown to that limit of self-consciousness from which they could see humanity as a real whole and take upon themselves the responsibility for the future of the whole planet.

The new, wholly new, creative task is now to review the whole of human past history-the wonder and glory of saints, heroes, sages and prophets; the work and thought of scientists, philosophers, scholars and artists; and equally the wickedness and shame of tyrants, criminals and fools-so as to make these live again imaginatively in our present experience; and then to revalue them in relation to one another and to humanity as a whole.

Most important of all is to realise that it is by the creative valuation of individual people of genius, those who have been able to express thoughts and feelings of the most universal significance, that human life with all its attainments has developed.

It is through this review and revaluation of the human past in the light of the present and through appreciation of the works of people of genius, trying to see each in their significance in relation to the others and all as expressions of the whole humanity, that we may approach an answer to the questions ‘Who is the human Person?’ and thence ‘What is the meaning and purpose of human life?’.

There is the whole of humanity and there is the individual man, woman and child. Between these two poles exist certain major world solutions to the problem of human life and there are many possible different attitudes according to age, race, sex, class or profession and the many other divisions of humanity.

It is, however, only individual persons who can accomplish the review and revaluation of which we speak. They may, indeed, profess a particular religion or philosophy and will belong to a particular race, age and profession, but they will be those who realise that, while each of these is significant as a function of the whole, the whole humanity and the whole person is beyond any of them.

The task is not to decide which point of view is truer or better than another, but to focus the full light of humanity's critical powers on to the whole varied panorama of what has already been given; and thus, by continually reassessing and revaluing every element in humanity's past history and present life to create a living picture of humanity and its possible future fulfilment.

Criticism has in the past always been thought of as analytical, negative and destructive. The new critique is to be synthetic, positive and creative.